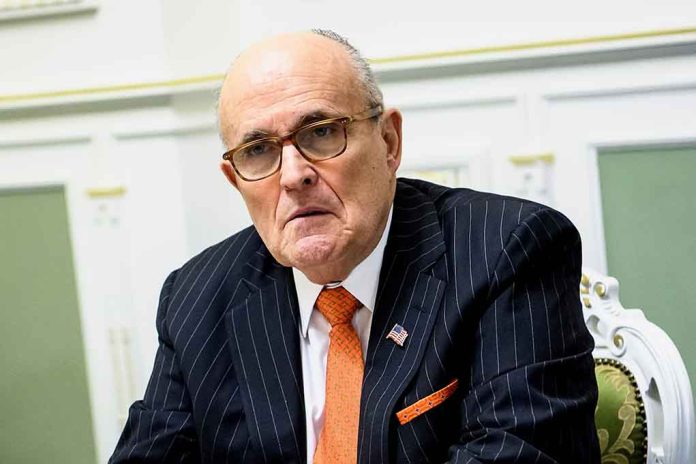 (BrightPress.org) — According to CNN sources, the January 6 Committee is considering referring criminal cases to the Department of Justice, and Donald Trump is in plenty of company.

The investigations into the events of January 6 in Congress and the Department of Justice, as well as the scandal surrounding the Secret Service’s response to the uprising, have been covered in depth by CNN reporting teams.

According to numerous sources, the committee is considering referring at least four more members of the Trump administration: Mark Meadows, John Eastman, Jeffrey Clark, and Rudy Giuliani, according to the most recent information from Annie Grayer, Zachary Cohen, and Pamela Brown.

Jamie Gangel broke the news live on Thursday’s CNN’s The Situation Room episode and provided a quick summary for each.

Gangel told Wolf Blitzer that they had new insight into the deliberations about these criminal referrals from their January 6th team.

He said, according to multiple sources, CNN had learned that, in addition to former President Donald Trump, the committee is considering criminal referrals for Trump’s former White House Chief of Staff Mark Meadows, who “had a front-row seat to Trump’s actions, his inactions and provided some of those critical text messages to the committee before he stopped cooperating.”

Conservative Lawyer John Eastman, who was “advising Trump and was part of those meetings we heard about to pressure then Vice President Mike Pence to try to be part of a plan to overturn the election results,” is another person being considered for criminal charges.

And, finally, “former Trump lawyer and ally Rudy Giuliani, who we saw played a key role in promoting claims of election fraud and trying to convince state legislators to take steps to overturn the election result.”

Gangel told Blitzer that the committee had not made any final decisions. “We also don’t know what possible charges might be included in these referrals, but we are told these four are under consideration along with Trump himself.”