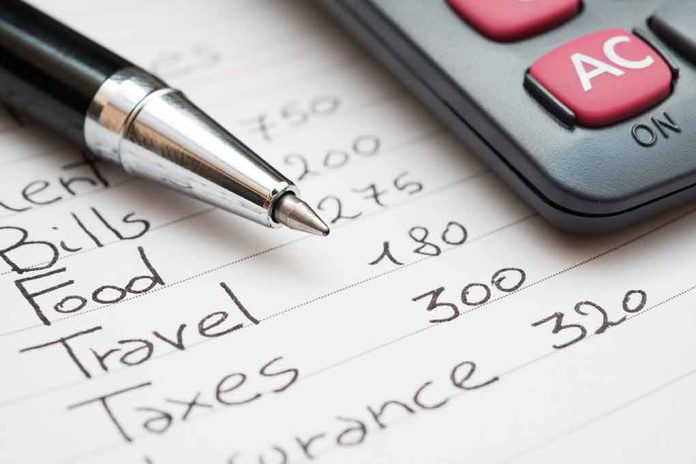 REVEALED – How Much Money Americans Are Saving Each Paycheck

(BrightPress.org) – The Congressional Budget Office (CBO) recently released new data revealing Bidenflation will last into 2023. On Memorial Day, President Joe Biden penned an op-ed in The Wall Street Journal, sympathizing with the higher prices Americans are paying. As inflation affects purchases across the board, Americans are diving into their savings to pay for the added costs.

In April, the Bureau of Economic Analysis said American households only managed to save 4.4% of their post-tax income — the lowest average savings since 2008. David Bahnsen, who founded Manhattan-based wealth management firm the Bahnsen Group, told the Daily Wire that the problem is a direct threat to the economy. He said there can’t be investments without savings, and the economy is doomed to recede without a consistent influx of funds.

Bahnsen noted that Americans are still spending money despite the sky-high inflation. He said they’ve just shifted their approach by using a combination of savings and credit. The wealth management expert added that the increased credit usage reflects how temporary government stimulus programs can quickly become permanent American spending. Additionally, the Federal Reserve noted credit card balances are rising at the fastest rate since 1998.

The news about Americans’ anemic savings accounts comes as Treasury Secretary Janet Yellen admits she was wrong about the seriousness of inflation.

.@SecYellen on inflation being transitory: "I was wrong then about the path that inflation would take. As I mentioned, there have been unanticipated and large shocks to the economy […] that I, at the time, didn't fully understand." https://t.co/AlrXn4kT0r pic.twitter.com/9tqxo0iA3B

The US economy may experience bumpy roads ahead. How will Americans handle the shrinking value of their money?