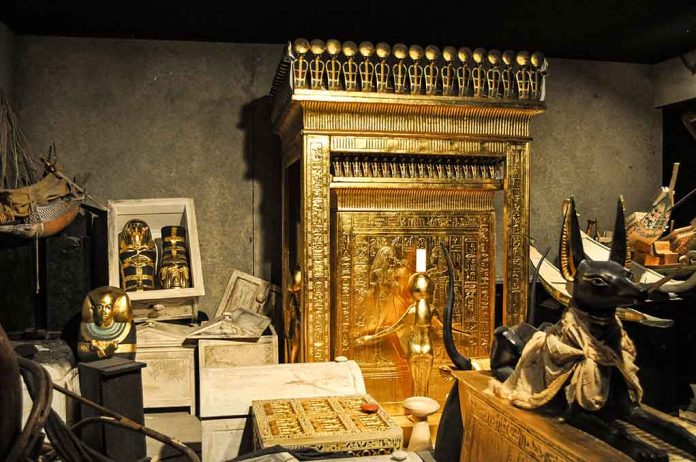 (BrightPress.org) – For centuries, Egyptian history has enamored people across the world. The mystique of pyramids, the Sphinx, pharaohs, and mummies have puzzled and dazed archaeologists. Researchers have sought to discover, learn about and understand the civilization that goes as far back as 4,000 years. Now, they have reported an amazing find.

On May 30, during a televised press conference, Egypt’s Supreme Council of Antiquities Secretary General Mostafa Waziri showed a cache of artifacts found at the necropolis of Saqqara. The display included 35 painted wooden coffins that are over 2,500 years old. Officials said the constructs are in excellent condition and include mummies.

'More than 40 foreign missions have been working somewhere here … but this one no one touched it, except the Egyptian mission' https://t.co/Oom9Kt3GXz pic.twitter.com/qH4LFDRUUC

Additionally, archaeologists also found combs, bracelets, a mirror, and pottery that is at least 3,200 years old. Researchers believe there are many more surprises awaiting them. They even hope to find Imhotep, the possible architect of Pharaoh Djoser’s step pyramid between 2630 BC and 2611 BC, soon.

Egyptian officials said they hope the massive find will lead people back to their country to see 4,000-year-old tombs that include a high priest, the funerary temple of Queen Nearit, and an ancient papyrus detailing the journey of the afterlife.

The discovery is sorely needed due to the struggling economy since the arrival of COVID-19 in 2020. The hope is that these discoveries will lead to an increase in tourism to Egypt, and therefore, a stronger economy moving forward.