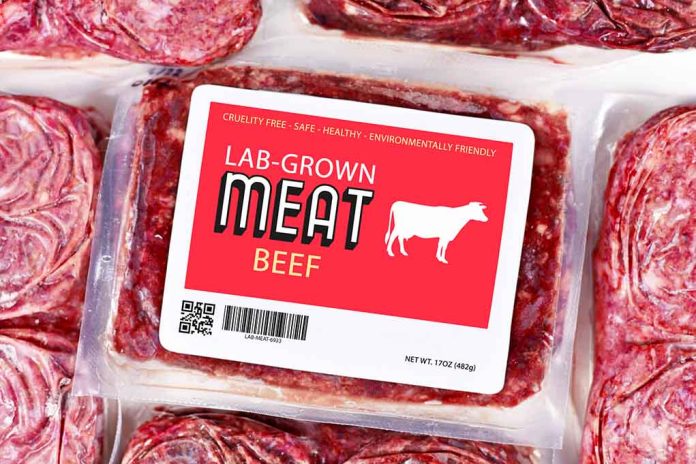 (BrightPress.org) – For decades, the Left has pushed a global climate change agenda on America. In the 1990s, Al Gore said the world would end by 2020 if things didn’t change. It’s 2022, we’re all still here, and babies are still being born.

In a recent interview with Technology Review, Gates said people need to get used to the idea of eating plant-based meat instead of the real thing. He calls it synthetic beef. In his opinion, the entrepreneur said all rich nations should move to 100% synthetic beef as soon as possible. By doing so, he argues it would reduce methane gas emissions from cows. The billionaire philanthropist added it wouldn’t taste like meat, but researchers are working to alter it chemically to make it taste better over time.

Gates said synthetic meat only accounts for 1% of the beef in the world, but it’s growing in popularity. He said eventually, government regulations requiring the reduction of red meat and the increase of plant-based meat would force consumers to shift demand.