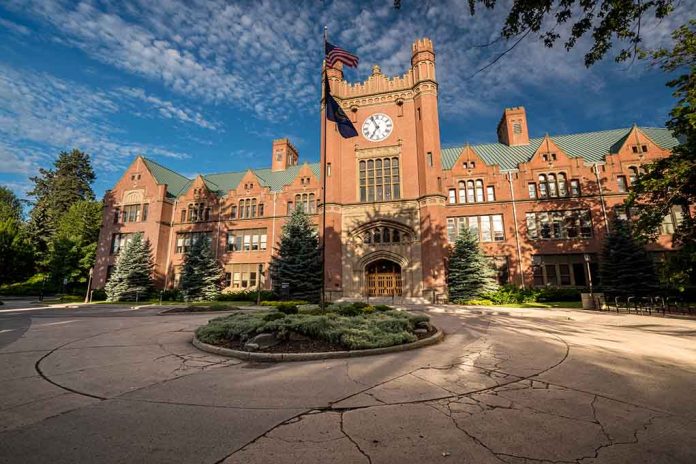 (BrightPress.org) – The City of Moscow, Idaho, is a college town about 80 miles from Spokane, Washington. The number of violent crimes there is well below the national median. There were no murders reported in 2020. Unfortunately, the seemingly peaceful nature of the town came to an end when authorities discovered four bodies — all apparent victims of brutal homicides.

At just after 5 p.m. on November 13, the University of Idaho announced there was a crime scene in town and ordered students to shelter in place. The assailant was still unknown and unaccounted for. The school lifted the order several hours later.

U of I classes cancelled Nov. 14 to honor student victims. pic.twitter.com/wiuOmST6d1

As authorities continue to search for answers, the public is learning about the victims of what investigators think was a premeditated and isolated incident. The victims all died in a single location near campus and according to a report from Today, they were close friends. They were Kaylee Goncalves, 21; Madison Mogen, 21; Xana Kernodle, 20; and Ethan Chapin, 20.

Goncalves and Mogen were extremely close friends. Kernodle and Mogen were sorority sisters and co-workers. Chapin, a first-year student, was dating Kernodle. By all accounts, the four were a close-knit group.

Moscow Police still have no suspects in custody. There’s some speculation about the possibility of a robbery gone wrong or a crime of passion, but so far there’s no clear motive. Cops are asking anyone with information into their ongoing investigation to come forward.