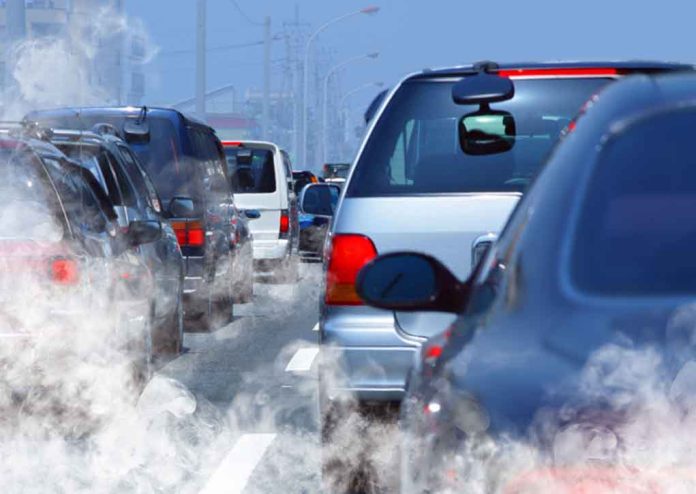 This Product May Be Quietly Killing People

(BrightPress.org) – Smoking is the number one risk factor for lung cancer. For those who don’t smoke, it now appears that air pollution may be the biggest hazard instead. What in the air is causing the problem? Research compiled under the TRACERx Lung Study, a research initiative that first began investigating potential lung cancer therapies in 2013, suggests the problem may actually stem from fine particulate matter within auto emissions.

Scientists concluded that small particulate matter, or PM2.5, which measures approximately 3% of the width of a human hair, causes inflammation in the lungs. This swelling stimulates dormant cells responsible for the disease.

Smoking remains the biggest risk factor for lung cancer by far, but outdoor air pollution causes roughly 1 in 10 cases of lung cancer in the UK. An estimated 6,000 people who have never smoked will die of lung cancer every year in the UK 2/5 pic.twitter.com/uNBCmBwdNI

Swanton and his team of researchers studied data from over 400,000 non-smokers as part of the Cancer Research UK funded TRACERx initiative. They concluded that higher levels of PM2.5 in a given area raised the risk of lung cancer for individuals living there.

Unlike smoking, these air impurities don’t cause genetic changes in cells. Instead, they wake dangerous inactive cells from their typical sleeping state. This discovery could change how medical professionals approach the problem of lung cancer.

In the meantime, studies on mice show that a specific inflammatory protein released an immune response to the harmful particles in the air. A new drug blocked the protein, making people less susceptible to the disease.