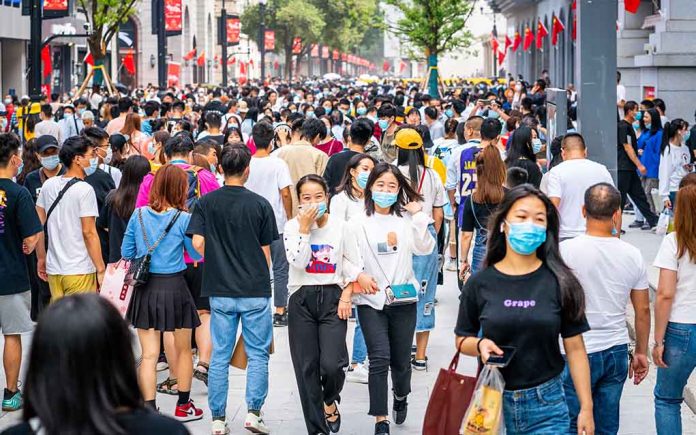 (BrightPress.org) — China had its first drop in population in decades according to official numbers released by the Chinese government on Tuesday, January 17th. Experts were quick to point out that China’s population has likely been in decline for years as a result of the downstream impact of their one-child policy which sought to limit population growth by allowing families only one child.

They failed to realize that this would create an imbalance in their population as male children are generally more desired than females, and many families produced only sons as a result. Demonstrating the failure of long-term projections on complicated subjects like population growth, both China and the UN had anticipated the Chinese population to continue to grow for at least another decade.

Officially ending their one-child policy in 2016, the Chinese Communist Party has sought to reverse course, encouraging families to have a second or third kid. Decades of cultural finger-wagging as well as the expense of raising a child in China have continued to prevent families from having more babies, however.

The National Bureau of Labor Statistics reported an astounding drop in population of 850,000 people between 2021 and 2022. They also reported a drop in new births, with 1 million fewer babies born in 2022. Given China’s obfuscation of the number of deaths due to COVID-19, it’s impossible to say how much of this is policy-related and not caused by the global pandemic.

Yi Fuxian is an expert on the Chinese population and demographics at the University of Wisconsin-Madison. The crisis is “beyond imagination and that all of China’s past economic, social, defense, and foreign policies were based on faulty demographic data,” he said. He expects the looming disaster to be worse than Japan’s, which has a similar problem on a much smaller scale.

The last time China’s population shrank was during the infamous ‘Great Leap Forward’ which resulted in hundreds of millions of deaths as the Chinese communists executed all who disagreed with their utopic vision.