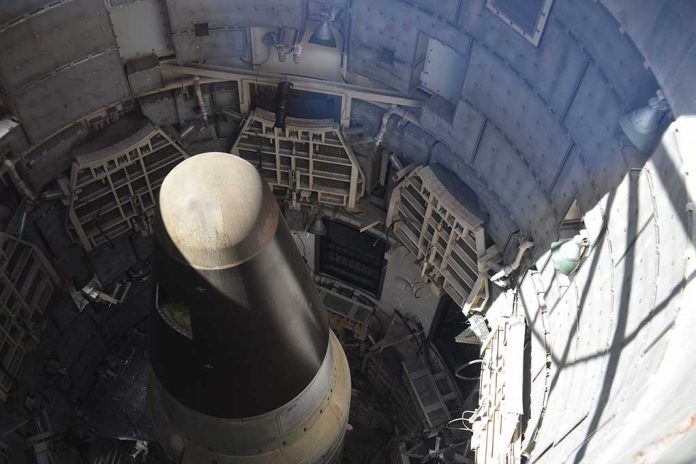 (BrightPress.org) – Throughout the second half of the 20th Century, America waged the Cold War against the communist United Soviet Socialist Republic (USSR). The United States raced to develop, manufacture and stockpile massive numbers of nuclear weapons to deter the Soviet Union. Ultimately, it worked, but could it happen again? On Tuesday, July 27, the Pentagon and members expressed concern it might.

According to Rep. Mike Turner (R-OH), America may already be in an undeclared Cold War with China. Turner stated that the Chinese communist government is quickly building its nuclear arsenal and is threatening the United States and its allies. China recently constructed 120 missile silos and is now adding 110 more. In early July, the State Department said it appeared that Beijing is deviating from a posture of minimal deterrence toward a possible arms race.

In 2020, the Pentagon estimated that the Chinese nuclear weapon stockpile was in the low 200s. In 2021, China could double its warhead capacity. For Beijing’s part, the communist government claims the US media is manufacturing an enemy that doesn’t exist to distract from domestic problems.

The challenge with the Chinese government’s assertion is simple. It’s creating a nuclear weapon stockpiling program — that’s not made up. The question is, how many nuclear weapons does the communist regime intend to build, and are they up to the cost of a robust nuclear program? It didn’t work out for the USSR. What makes China think it will work out for them?