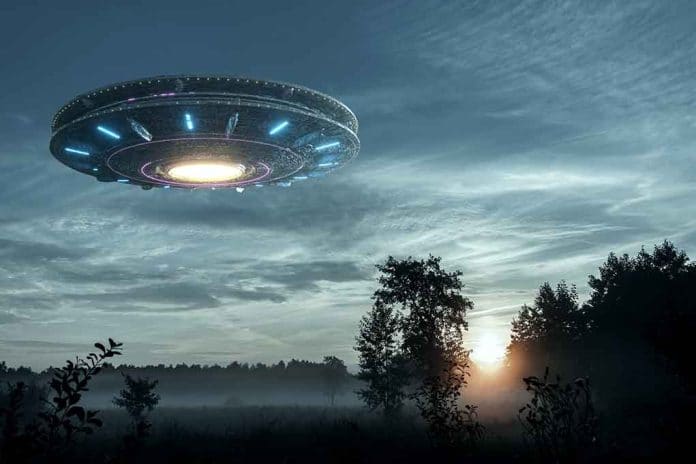 (BrightPress.org) – In 1947, the US Air Force issued a press release confirming they recovered a flying disc from a ranch near Roswell, New Mexico. Since then, the area has become a hotbed for those interested in UFOs and the possibility that there is life outside of Earth. Now, lawmakers are accusing the Pentagon of not taking the threat seriously.

Over the last several years, military and civilian airline pilots have reported increased numbers of encounters with UFOs. The Pentagon has even released footage of pilots encountering mysterious objects accelerating at phenomenal speeds and making movements that aren’t possible with today’s technology. Lawmakers are grumbling that national security agencies aren’t taking UFOs seriously, even as some violate protected US airspace.

Rep. Tim Burchett (R-TN) told POLITICO that public evidence is mounting in regards to the lack of control the United States has over its own airspace. The Tennessee lawmaker added that UFO encounters highlight a serious national security issue.

In January, Congress passed the National Defense Authorization Act. It contained a requirement that the Pentagon create the Anomaly Surveillance and Resolution Office that has permission to investigate unidentified aerial phenomena. A staff member for Sen. Kirsten Gillibrand (D-NY) told POLITICO that the government has had plenty of time to get its act together, and that they also need to acknowledge just how important the issue is to national security.

Gillibrand isn’t alone. Sen. Marco Rubio’s (R-FL) aides say the senator is frustrated that the Pentagon isn’t moving fast enough or sharing many details with senators. Burchett said he believes the Defense Department is part of a cover-up.

What do you think? How serious of an issue are UFOs?