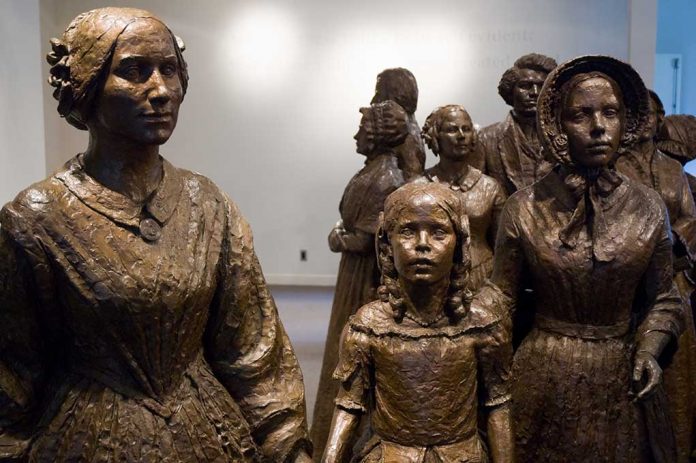 (BrightPress.org) – Equality among citizens has been withheld in multiple periods throughout US history, but through perseverance and dedication, our forefathers have made positive changes. The Sentiments, a document created by women’s rights activist Elizabeth Stanton, helped shape a new movement asserting women’s equality to men. We have the details on her harrowing effort.

Also known as the Declaration of Rights and Sentiments, the document drafted by Elizabeth Stanton was based on the Declaration of Independence. The original document stated, “We hold these truths to be self-evident, that all men are created equal” with “unalienable Rights, that among these are Life, Liberty and the pursuit of Happiness.” Stanton’s Declaration of Sentiments added “and women” between “all men” and “are created,” signifying that women should be granted the same rights as men under God.

Before women had rights, they were considered objects more than people, often receiving fewer rights than foreigners. The Declaration of Sentiments outlined these travesties and demanded women be treated as equals. The document was also the first to petition for women’s rights to vote.

Women were told to obey laws in which they had no say or representation. If a woman married, she became even worse off than a single woman, losing everything to her husband. Women were not permitted to receive education; colleges did not accept women. The only role women were allowed in government or church settings was as a subordinate.

The document closed with a short message relaying that those in favor of women’s rights would not stop until men and women were seen as equals, both before God and the laws which governed them. The convention in Seneca Falls, NY, in 1848, led to the passing of 12 resolutions on women’s rights — although gaining the right to vote was not yet one of them. Congress wouldn’t ratify the 19th Amendment, granting women the privilege, for another 72 years.

Women suffered through years upon years of being seen as lesser beings than men. Of course, even in today’s world, this is often the case. However, through perseverance and dedication, advocates for full equality have completed their mission: Women now have the right to vote, they can hold public office, they can do any “man’s job.” Of course, there are still several controversial aspects of equality among men and women, but we’ve come a long way from our dark past, and we have a bright future ahead.