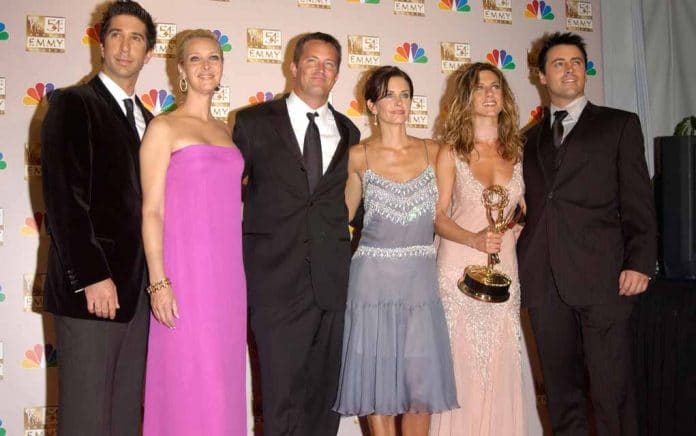 (BrightPress.org) – In the 1990s sitcom “Friends,” characters Rachel and Ross helped spearhead the show as curious viewers wondered when the two would finally become a couple. When it finally happened, fans were ecstatic. Now, sources say the emotions fans experienced on screen through the two actors might not have been acting after all. Following the Friends Reunion, a source revealed that Jennifer Aniston and David Schwimmer are dating.

Schwimmer acknowledged that he had a “major crush” on Aniston during the May special reunion. The actor said it was there all along. In the 1990s, Schwimmer said the two crushed hard on one another at the time, but they were unable to connect due to a current relationship. For Aniston’s part, she said the two channeled their feelings for one another into their characters. The famous actress added that she once commented it would be a “bummer” if their first kiss were on national television.

Supposedly, the two spend a lot of time together at Aniston’s home in Los Angeles. They’ve allegedly been spotted together at her favorite vineyard in Santa Barbara, CA, and it appears that a lot of chemistry exists between the two onscreen lovebirds.