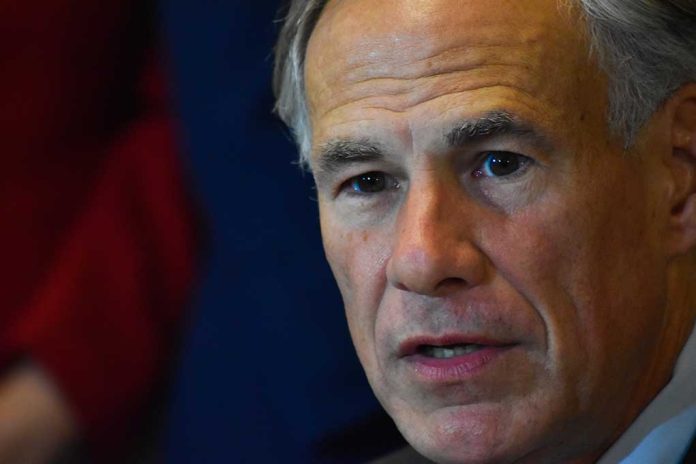 (BrightPress.org) — As migrants continue to pour through the southern border with help from federal authorities, the question becomes how do we deal with this nonstop flood of people? Texas Governor Greg Abbott has one solution: free bus rides to sanctuary cities.

A viral video featuring three busloads of migrants getting off in Washington, DC outside of Vice President Kamala Harris’ residence has sparked intense media backlash and political scrutiny. Curiously that backlash is not aimed at federal authorities for failing to secure the border causing the crisis, but at Governor Abbott for offering migrants a free ride.

Kamala Harris was nowhere to be found Christmas Eve as the migrants arrived outside her residence. They were given blankets and shelter was arranged for them at a local church if required. Many others were on their way to other destinations.

The fact it was freezing in Washington and that many of the migrants wore t-shirts or flip-flops was decried in the corporate press. “Governor Abbott abandoned children on the side of the road in below-freezing temperatures on Christmas eve…” lamented White House spokesman Abdullah Hasan. He further characterized the free bus rides as “cruel, dangerous, and shameful.”

BREAKING: Furious calls grow for a full criminal investigation into MAGA Gov. Greg Abbott after he cruelly trafficks migrants including children to D.C. and dumps them in the freezing cold outside Kamala Harris' residence. RT IF YOU SUPPORT A FULL INVESTIGATION!

Renae Eze, a spokeswoman for Governor Abbott flipped the script: “President Biden and Border Czar Harris need to step up and do their jobs to secure the border…” She also called democratic complaints “hypocritical” as they demean others for dealing with a problem they have created and actively maintain.

Abbott’s office estimated that they have given free bus rides to roughly 15,000 people since April 2022 to cities like Washington, New York, Philadelphia, and Chicago. Everyone who accepts a free bus ride has to sign a form that states they are voluntarily traveling elsewhere.