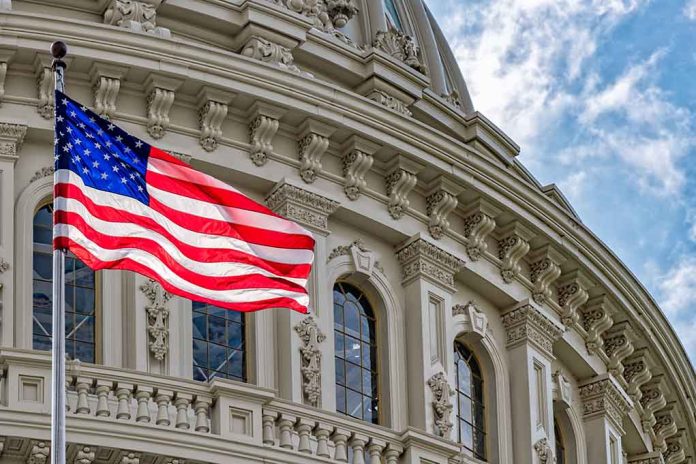 (BrightPress.org) — Rep. Vicky Hartzler (R-MO) had a full-on emotional breakdown due to legislation that would grant some rights to same-sex married couples. This happened in 2022, not 1992.

On Thursday, as Hartzler was on the floor of the House of Representatives voicing her opposition to a bill, she bemoaned the purportedly precarious situation of religious liberty in the United States. Her voice wavered slightly as she did so.

However, the Defense of Marriage Act from 1996 is null and void due to the passage of the Respect for Marriage Act, which does not make same-sex marriages legally recognized. In the case of Windsor v. United States, which took place in 2013, the Supreme Court ruled that the law’s definition of marriage as a union between one man and one woman violates the equal protection guarantees outlined in the Fifth Amendment’s Due Process Clause. As a result, the Court struck down portions of that law.

The right of citizens to enter into marriages with partners of the same gender is not guaranteed in any way by the Respect for Marriage Act. The judgment in Obergefell ensures that this right will continue to be preserved. If that verdict is overturned, as Justice Clarence Thomas has intimated it should be, then eliminating DOMA would mean states would be required to accept same-sex marriages approved by other states.

According to Hartzler, the bill does not provide any protections for public officials who “justly believe that marriage is just between a man and a woman.”

She then accused Democrats of having the goal of doing away with the “traditional family.”

She stated that “this is yet another step toward the Democrats’ goal of dismantling the traditional family, silencing voices of faith, and permanently undoing our country’s God-woven foundation,”

When Hartzler was nearing the end of her speech, she began to experience a surge of strong emotions, welling up in tears. She paused before continuing her objections and said she hoped and prayed that her colleagues would find the strength to join her in rejecting the “misguided and this dangerous bill.”

“I yield back,” she concluded.