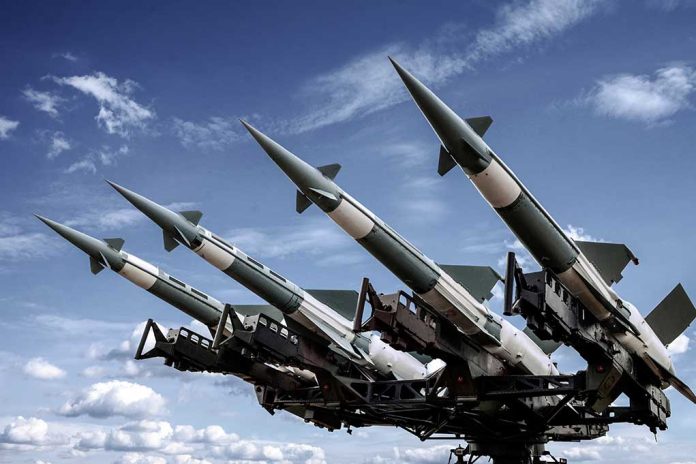 (BrightPress.org) – The Kerch Strait Bridge is a $4-billion testament to Russian President Vladimir Putin’s determination to keep the Crimean Peninsula for his country. The 12-mile bridge brings both motor vehicles and railroads to the annexed area from mainland Russia. When a truck bomb went off on the bridge, igniting a freight train full of fuel tankers, there was little double Putin would respond with brutal force.

On October 10, a young woman in Kyiv posted a selfie video to Twitter that showed the horrifying reality of war. She began by filming herself after witnessing a rocket go by. She told her followers that her hands were shaking because she saw and heard it. Shortly thereafter, a loud noise is heard and the screen erupts in a bright flash. A rocket had hit a structure just behind her.

Luckily, the woman seemed unharmed and ran away. Deadly missile attacks across the country were so severe they prompted a statement of condemnation from the White House.

Kyiv was one of quite a few cities hit by the retaliatory strikes. Dnipro, Khmelnytsky, Lviv, Zhytomyr, Zaporizhia, Mykolaiv, and Ternopil also took heavy damage. Following President Joe Biden’s lead, the European Union also condemned the attacks, reminding the world that the targeting of civilians is a war crime.