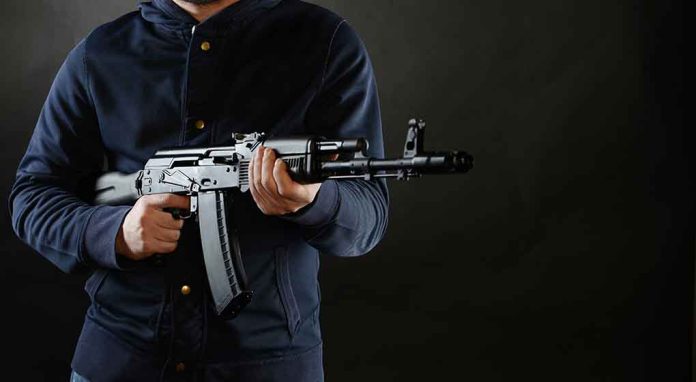 (BrightPress.org) – The Second Amendment of the Constitution gives Americans the right to bear arms. In some parts of the country residents have more protection than others when they have to use their firearms. Those rights might have saved a Florida man from injury or death.

According to a Facebook post by the Escambia County Sheriff’s Office, three men entered a house on July 7 without the permission of the homeowner. One of the intruders was armed with a gun. When confronting the men, the homeowner accidentally dropped his firearm, and one of the assailants grabbed it.

Undeterred, the homeowner ran to another room and secured a weapon that resembled an AK-47. He began shooting at the home invaders. Sheriff Chip Simmons said the assailants ran from the house. Investigators issued arrest warrants for 18-year-old Antonio DeWayne Dean and 20-year-old Da’Torrance Leanders Hackworth.

Sheriff Simmons noted that his office received a report of a person with a non-life threatening head wound not long after the men fled the scene of the crime. The law enforcement official noted that the man’s story was not verifiable and appeared inconsistent. The sheriff stated that investigators were determining if the injured man was the third suspect.

Regarding the victim, the sheriff said the unidentified man would not be charged for protecting himself and his property. Florida is a Stand Your Ground state, giving residents to right to defend their properties or person with deadly force if they feel their life is in danger.