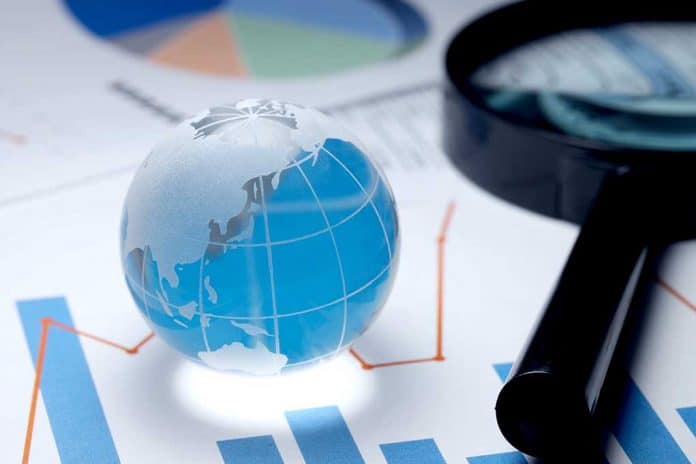 (BrightPress.org) – After World War II, the United States flourished economically, becoming the sole superpower in the world. Eventually this gave way for the US to work toward an even more prosperous economy. However, as explored below, the US it wasn’t all sunshine and rainbows.

The US Takes Initiative

During the 1950s and 60s, struggling countries began to come back from their losses in World War II. The US enacted two major policies. The first was the re-establishment of the International Gold Standard (IGS), which made all currencies worldwide to be accepted globally.

In 1944, Bretton Woods led the Bretton Woods Monetary Conference, which was the beginning of the International Monetary Fund (IMF). The IMF helped currencies keep the same exchange rate with the US dollar, which was fixed to gold. Countries could now use their currency without the fear of devaluing it.

The second initiative was the Marshall Plan in 1948. The US provided European countries with $15 billion as an attempt to relieve any hardship and give them the ability to rebuild industries devastated by the war. The Marshall Plan took place from the end of WWII until 1953.

Despite the US still being the dominant economy, by the 1960s Japan and West Germany were right behind it as the second and third largest economies in the world. Japan and W. Germany both ran trade surpluses, meaning they exported more than they imported.

By the 1970s, industries in the US found that competing with Germany and Japan, namely in scientific goods, cars and electronics, was difficult. Startup companies played a role in this as they were rare, leading to American companies growing lazy in planning and operations. Labor unions also caused problems when they won higher wages and better benefits for their workers, causing profit margins to squeeze and tighten.

1971 saw the end of the Bretton Woods Monetary System, removing the dollar from the gold standard, and the addition of tariffs on imports. As a consequence, the price of oil spiked, tripling as the Organization of the Petroleum Exporting Countries (OPEC) placed an embargo on exports of oil to the US in 1973. This consequence came from America’s siding with Israel in the Yom Kippur War.

In 1980, the prices of oil tripled as OPEC cut production once again. As a result, several recessions were felt in the US, which caused its economy to stop growing and sometimes even shrink. However, prices continued to increase annually by 10%, sometimes more. This process, when the economy stagnates but prices continue to inflate, is known as stagflation.

Economists were stunned and confused as they believed recessions and unemployment were the antidote to inflation, and vice versa. Meanwhile, Europe was in the process of coming together economically. The European Coal and Steel Community of 1951 became the European Economic Community AEC (EEC) of 1958; after decades of planning, the Euro became the common currency in 1999.

The 1980s saw the US economy take a significant hit from deindustrialization as prices fell and the US dollar gained value against global currencies. These all-time highs caused American-made products to become more expensive to importers.

As a result steel and other heavy industries became uncompetitive in the mid-Atlantic communities of Pittsburgh and Buffalo along with the Midwestern communities of Detroit, Milwaukee and Cleveland. These companies instead moved overseas, where labor was cheaper, leaving these communities in an area known as the “Rust Belt.”

As one way to respond to deindustrialization, the US brokered trade deals, namely the North American Free Trade Agreement (NAFTA), which mimicked the EEC as an attempt to increase the market for American goods in the late 1990s. Japan’s economic growth plummeted as more and more Asian competitors entered the scene against the US.

China and India began to run trade surpluses, selling more to America than they were buying. Much of these profits went into buying US stocks and bonds, which largely funded the federal deficit budget of the 2000s.

The US has plenty of experience to learn from; both great successes and great challenges have presented themselves to its economy since the end of World War II. As long as the US can learn from these experiences and draw knowledge from its rich past, it will remain the dominant economy.