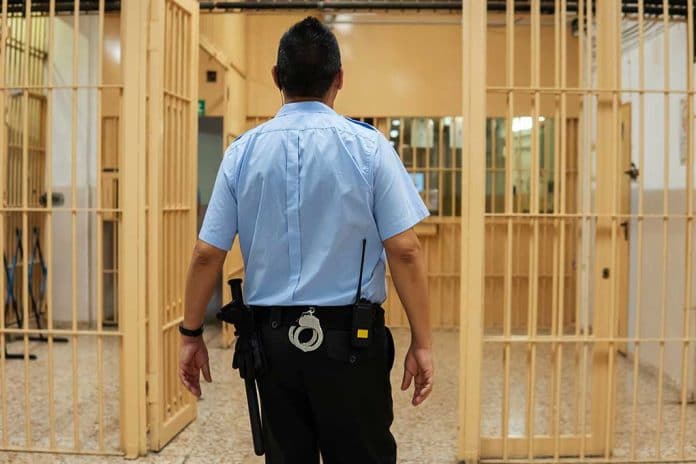 (BrightPress.org) – America is experiencing a significant labor shortage, and it’s not just impacting retailers. A lack of workers is also affecting correctional facilities across the country. In Texas, the problem is getting so bad at the Dallas County Jail that officials have had enough.

Corrections officers in prisons and jails often work up to 16-hour shifts, five days a week. Some workers in Dallas said they didn’t even know supervisors had them slated for second shifts until 30 minutes before it was time to go home.

Dallas jail officers protest after revealing they are working 16-hour shifts for days at a time due to labor shortage https://t.co/HzNw8jKBHg

On Tuesday, September 28, approximately 12 corrections officers protested the work conditions at the Frank Crowley Courthouse in Dallas. One officer said the problem was so bad, the number of people retiring or quitting their jobs was far greater than the hiring rate. Others stated they couldn’t continue the frantic scheduling that’s left them exhausted.

One challenge complicating the problem is state regulations. One officer must be on duty for every 48 inmates. There are nearly 6,000 convicts in the jail. If there aren’t enough employees, then those working must pick up the slack to ensure the prison is in alignment with state regulations. Officials say they’re working to hire more people so they can eliminate the required overtime. Until then, shortages could continue leaving workers tired and stretched thin.