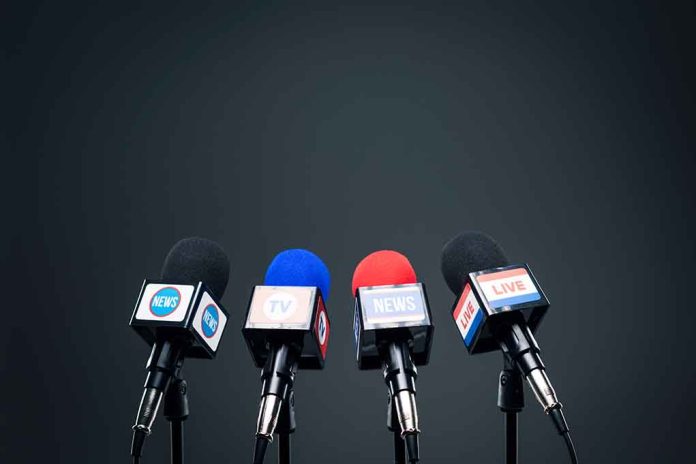 (BrightPress.org) — Peter Doocy, a White House correspondent for Fox News, was trying to ask a question about the Matt Taibbi “Twitter Files” information dump on how the Hunter Biden laptop issue was handled. That is when White House Press Secretary Karine Jean-Pierre interrupted him. She, ironically, censored his question about censorship.

Elon Musk, the CEO of Twitter, recently gave the go-ahead and helped out with Matt Taibbi’s recent information dump, which some people have defensively tried to dismiss by saying it was oversold and a deceptive presentation of selective internal documents that, upon closer inspection, did not amount to much.

This information dump has been seized upon by those concerned about how the Hunter Biden story has been handled.

Doocy brought up a conversation from the day before in which Jean-Pierre used The Hatch Act to sidestep a question about the topic from Fox News White House Correspondent Jacqui Heinrich. This occurred during the White House briefing on Thursday.

“I can’t speak to decisions made by the campaign from here. It is a political campaign, so I can’t speak from that from here. I’m covered by the Hatch Act,” Jean-Pierre told Heinrich yesterday.

Here is the exchange between Doocy and Jean-Pierre:

PETER DOOCY: Just one other topic. You’ve said a few times that you really can’t talk about communications between the Biden campaign and Twitter. Who is telling you that that’s off-limits?

PETER DOOCY: So not a campaign question, an administration…

Jean-Pierre ran from the topic, and Fox Business Network’s Ed Lawrence was the next reporter to be called on.