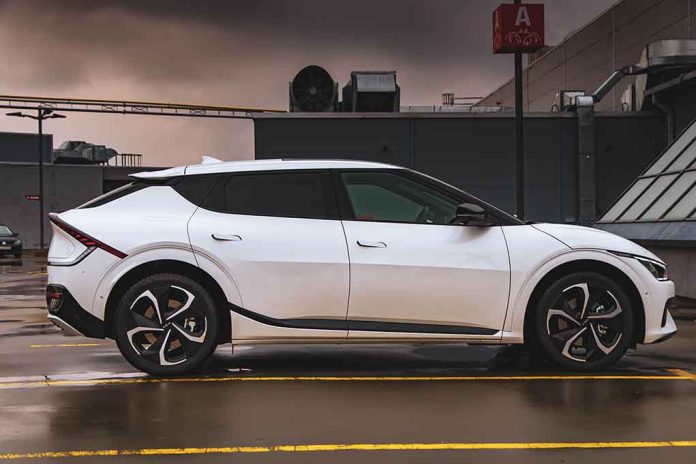 (BrightPress.org) – Politicians and government bureaucrats have been pushing for electric cars as a solution to climate change. Yet, some say the new vehicles may not be ready to replace their traditional gasoline-powered counterparts. One Wall Street Journal reporter concluded that her cross country trek in a battery-powered car was a total disaster.

I drove from my home in New Orleans to my alma matter in Chicago and back in an electric car. It was a disaster.

Over 3.5 days, I spent 18 hours charging and only 16 sleeping. Not all fast chargers, it turns out, live up to their namehttps://t.co/amz4taXfPJ

Rachel Wolfe said she thought it would be fun to drive a Kia EV6 from New Orleans to Chicago. The battery on her vehicle was supposed to last for approximately 310 miles. She estimated that she would need to fast-charge the car once or twice a day and give it a full charge overnight. Over four days, Wolfe said she spent $175 charging the car battery, which was significantly cheaper than current gas prices that she said would have cost $275. Still, the $100 financial saving cost her significant time.

Wolfe learned that not all charging stations are equal; each one charges cars at a different speed. Additionally, Wolfe encountered terrible weather, including heavy rain and high winds. That put an extra strain on the electric car, meaning a 100-mile charge lasted for just 30 miles. The subsequent recharge took three hours. At one point, a low battery forced her to turn off the car’s radio and air conditioning and set the wiper speeds at the lowest possible setting.

While Wolfe made it back to New Orleans, she joked that $4 gasoline never smelled so good.