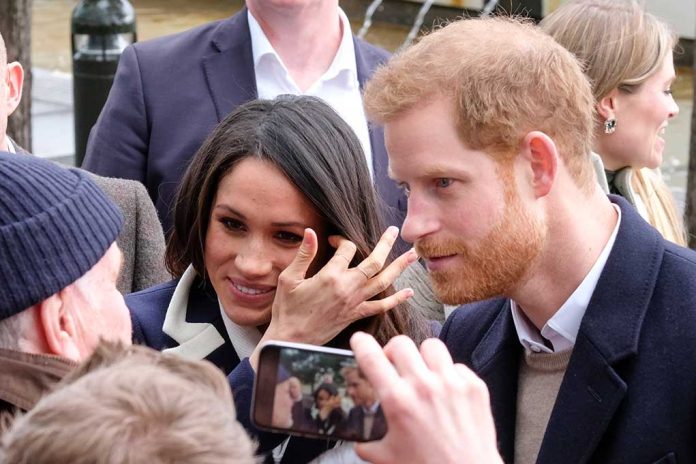 (BrightPress.org) – Queen Elizabeth II sat on the British throne for seven decades. Her reign was the longest in the history of the monarchy. During that time, she saw incredible changes and advancements in society and technology. Still, one area of her life she struggled with in later years was her family. She encouraged Prince Charles to marry his first wife, Diana, but dealt with the fallout when they subsequently divorced years later. When she died in 1997, the monarch faced criticism for her response. Decades later, in 2021, Diana’s son, Prince Harry, and his wife Meghan Markle stepped away from royal life, moved to California, and the crown faced another controversy.

King Tries To Change The Tone

According to reports, Harry’s father stopped taking his phone calls. The rift between the couple and the family has been very public. His grandmother reportedly wanted nothing more than to see the divisions within the family mended. When she passed away on Thursday, September 8, Charles ascended to the throne as the new head of the House of Windsor.

On Friday, King Charles III gave his first address to the nation. In it, he expressed his love for Harry and Meghan. The mention of the couple seemed to be a signal that the new monarch was going to fulfill his mother’s wishes.

Harry and Meghan’s Past Criticism

After Harry and Meghan parted ways with the royal family two years ago, they created a lot of hard feelings, especially between him and his brother.

The HuffPost reported that in 2019, Harry told an ITV documentary crew that he and his brother were on very different paths. He said the two had “good days and bad days.”

During a 2021 interview with Oprah Winfrey, Prince Harry claimed his father let him down and said there were many hurts. He and his wife also accused someone in the family of racism but refused to name them.

Over the last few years, the couple deepened their relationship with the queen. The monarch reportedly had FaceTime calls with the couple and their son, Archie.

At the same time, their bonds with Charles and William deteriorated. In April, Harry met with the queen for the first time in two years due to the pandemic. However, the Daily Mail revealed that when reporters asked about his relationship with his father and brother, he ignored the question despite having met him for 15 minutes before leaving.

Will Things Worsen or Improve?

Later this year, publishers will release Prince Harry’s memoirs. Many fear it could open old wounds and create a new crisis within the royal family. Despite recent challenges, those close to the queen said she remained fond of her grandson. They said she even continued to laugh with him.

While Harry mourns the loss of his grandmother alongside his father and brother, will there be any hope for reconciliation?

The king seems to have extended an olive branch to his son and daughter-in-law. It appears the prince also intends to honor his father’s new role as king, according to his first public statement since the queen’s passing.

A beautiful tribute from The Duke of Sussex to his granny. pic.twitter.com/4rdyo8Ok2Q

The next few weeks should be telling. Buckingham Palace scheduled the Queen’s funeral for Monday, September 19.