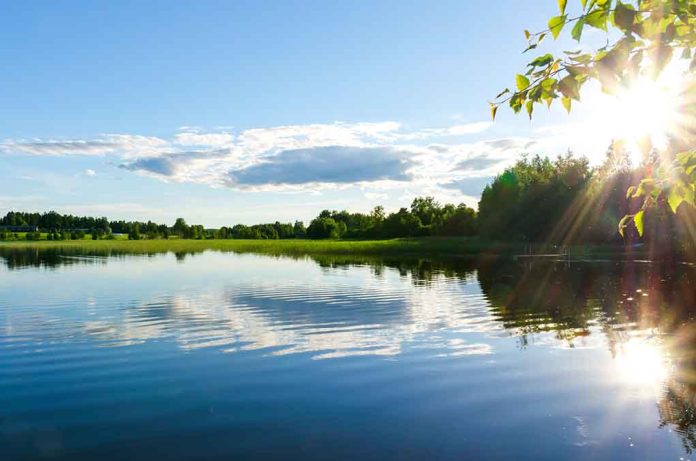 Lake SHUT DOWN – Swimmer’s Cause Of Death Revealed!

(BrightPress.org) – In 1965, Australian Drs. M. Fowler and R. Carter discovered a rare but deadly brain-eating disease. The amoeba that causes the sickness is called Naegleria Fowleri. It’s thought to have infected people for centuries, though it went undiagnosed.

Most doctors will never encounter this disease in their careers because it is so rare. However, for patients who are infected by it, the Centers for Disease Control and Prevention (CDC) says that roughly 97% of them will die. From 1962 through 2021, only four of the 154 people diagnosed with the infection survived — another person has now lost their life.

On Friday, July 15, a Missouri resident died after becoming infected with the brain-eating amoeba. Officials aren’t 100% certain, but they suspect the patient became sick after swimming at the Lake of Three Fires State Park in Iowa. Missouri Department of Health and Senior Services Communications Director Lisa Cox told the Des Moines Register that she became aware of the infection on July 6 from the CDC. The deceased is thought to have contracted the brain-eating amoeba sometime in late June.

The patient was treated in the ICU before passing away. Authorities are not releasing the victim’s name out of respect for the surviving family. After receiving the news of the infection, local officials closed the lake as a precaution. Missouri officials say they are also testing public waters in their state.

Where is Naegleria Fowleri Found?

Naegleria Fowleri can be found anywhere in the world where the water is warm. The CDC said the amoeba enters the body through the nose. Once the organism is present in the nasal canal, it can travel to the brain. The parasite then travels to the olfactory nerves, where it causes neural death. Once far enough up the nose, it attaches itself to the brain through holes in the bone.

The federal agency added that this happens when someone goes swimming or diving in warm rivers and lakes, and, much less commonly, in swimming pools that aren’t properly chlorinated. Health officials stress that one cannot get sick by swallowing the water.

Doctors say symptoms start showing between 24 hours and one week of exposure to Naegleria Fowleri. Signs of infection can include a headache, fever, nausea and vomiting, a stiff neck, or changes in smell and taste. Soon after, the experience will get worse. Death is almost certain to occur one to two weeks after the initial exposure.

There are ways swimmers can protect themselves from infection.

Incidents most regularly occur in the hottest summer months among children and young adults, though they are still very rare overall.

If you plan to head to the lake or river this summer, stay safe and have fun.