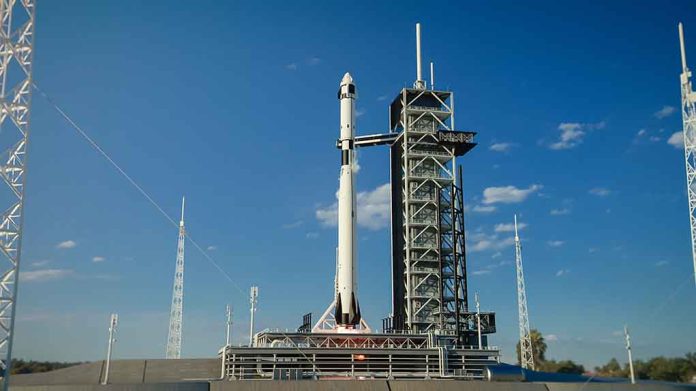 (BrightPress.org) – In the late 1990s, a professor at California Polytechnic State University and Stanford felt they needed to try an innovative approach to help engineering students gain experience with satellites. The process of building and launching traditional satellites is expensive, so the professors developed a CubeSat — i.e., a miniature satellite. Since then, NASA has used these devices for several decades for various purposes.

On Sunday, June 12, an Astra rocket failed to reach orbit after its engines suffered a significant malfunction following liftoff. The second-stage failure took place at approximately 1:43 p.m. Eastern Daylight Time after it lifted off from Cape Canaveral Space Force Station in Florida. As a result, the space agency lost two CubeSats designed to track hurricanes.

In the early days of CubeSats, NASA widely used them as low orbital communications satellites. As technology improved and advanced, the space agency began employing the small satellites for various other means. While their smaller size saves money on fuel, they present numerous other challenges. Their electronics may not be as shielded from radiation, so they run a higher risk of failure. Additionally, due to their low cost, engineers designed them to last only a few weeks to a few years, depending on their purpose.

Astra’s failed launch was supposed to carry the first of three planned satellite launches in an ongoing NASA program. Each satellite was the approximate size of a loaf of bread, and its purpose was to provide the agency with the ability to monitor how hurricanes form, intensify, and interact with the environment.

On June 9, a NASA published an article explaining that CubeSats would provide vital information to help forecasters monitor and predict each hurricane. By utilizing six TROPICS CubeSats, America’s civilian space agency said it could monitor the massive storms every hour. Now that only four remain, there are questions about whether or not the system will still work.

Instead of utilizing only one or two rocket manufacturers, NASA is partnering with smaller rocket companies to help launch less expensive science missions to increase growth and competition in the rocket industry.

Concerns and Upside Value of Cubesats

As CubeSats make it cheaper and easier to launch objects into orbit, some space experts express concerns that they could create significant quantities of space junk in low-Earth orbit. Still, they present a tremendous upside for researchers beyond Earth’s orbit. In 2016, Mars Cube One launched with NASA’s Insight lander. The CubeSats monitored Insight’s entry into Mars’s atmosphere and landing and sent information back to NASA on Earth. The other served as a backup.

In the next decade, NASA is considering a mission to Jupiter’s moon, Europa. The space agency plans to send several CubeSats on the mission to serve a variety of functions.

Over the next few years, CubeSats could bring a lot of new insights into our planet as well as planets within our galaxy.