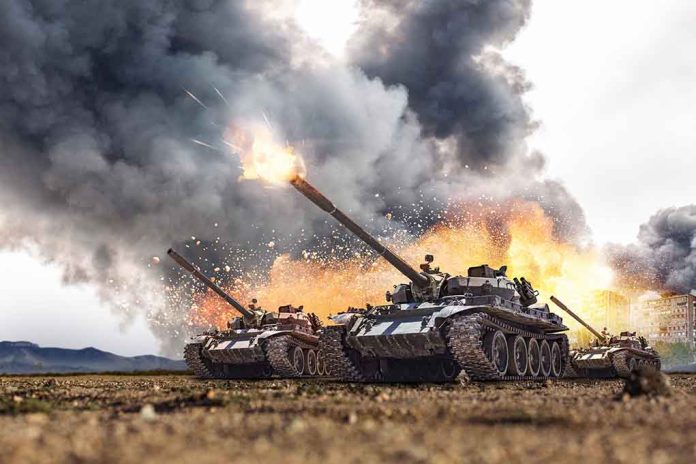 France announced they’ll be sending their AMX-10RC light tanks to Ukraine, according to the AFP.

Calling it “not enough” in a tweet, Sen. Graham said, “the goal for 2023 is to give Ukrainians the weapons they need to militarily defeat [Russia].” Continuing in another tweet he implied that the heavy American tanks were required for a swift victory over the Russians.

Zelensky demands more money, war material, and support from Western nations every time he opens his mouth. Most recently he was invited to give a speech to congress. The $1.7 trillion omnibus budget bill included $48 billion earmarked for Ukraine. How will those billions be spent?

The fighting is ongoing in Ukraine where Russian and Ukrainian forces (including mercenaries, CIA assets, and other unknown fighters) have been battling heavily in the southeastern part of the country, referred to as Donetsk.

Biden said on Wednesday, January 4th that he is considering sending Bradley Fighting Vehicles which are armored vehicles with a machine gun turret on top. Regardless of how much money or weapons the Biden government sends the American people will continue to be out of pocket to the tune of hundreds of billions of dollars.

Just imagine what $150 billion (the total we’ve invested in the Ukrainian war effort thus far) could do for America’s decrepit infrastructure. Modern nuclear power plants, border security, or training/hiring new police for our inner cities are just a few things the federal government could invest in on this side of the Atlantic. Unfortunately, Democrat and Republican leaders seem more interested in saving Ukraine than the U.S.