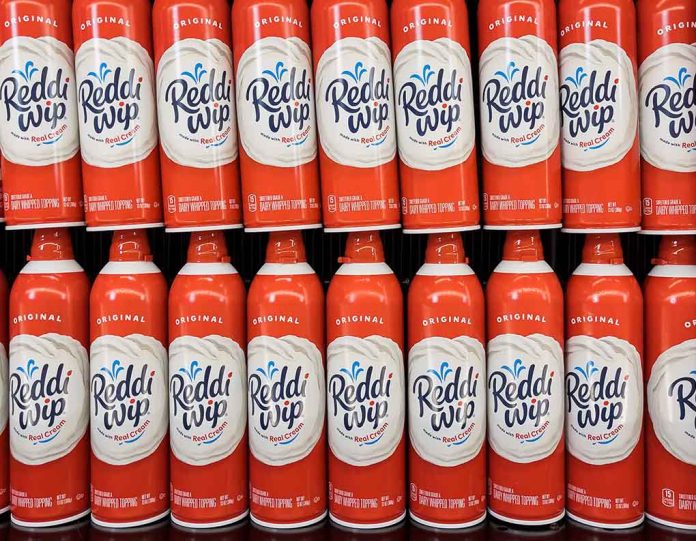 (BrightPress.org) – Across the country, drug use continues to be a significant problem. In New York, teenagers have been using ordinary products to get a buzz. So last year, lawmakers took steps to tackle that problem, and now officials are enforcing the change.

According to officials, teenagers have been getting a buzz by inhaling nitrous oxide. It’s readily available in inexpensive canisters of whip cream. In 2021, in New York, lawmakers outlawed the purchase of the product by anyone under 21 years of age to reduce the number of use victims.

It’s Now Illegal For Anyone Under The Age of 21 Years Old to Purchase Canned Whip Cream In New York pic.twitter.com/J4orV5FnkY

“Whippets” is a slang term for nitrous oxide used as a recreational inhalant drug. In teen culture, gas is a popular party drug that may initially provide a short-term high. Some say it gives a tingle that can make the user feel like a happy drunk. Yet, it can cause a drop in blood pressure, fainting, heart attack, and death. It can also have long-term side effects, such as memory loss or distorted perceptions of reality.

Moving forward, New York businesses that sell whipped cream chargers like restaurants  and coffee shops will have to present an ID to prove they are of age. Retailers caught selling cans to someone under 21 will receive a $250 fine. Fines will be $500 for any subsequent violations.