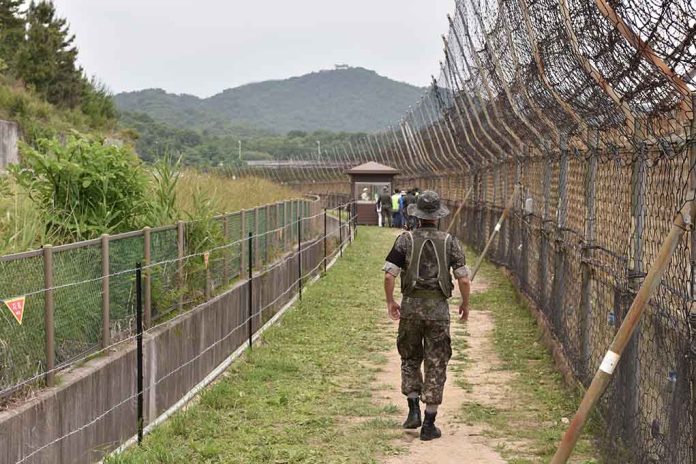 Oops! Kim Jong Un’s Regime Has Something to Say About Pelosi

(BrightPress.org) – Apparently, authoritarian regimes don’t appreciate high-ranking American officials visiting disputed territories over which they claim ownership. On Tuesday, August 2, House Speaker Nancy Pelosi (D-CA) became the most prominent US official to visit Taiwan since then-Speaker Newt Gingrich (R-GA) in 1997. The Chinese blasted the move and escalated military tensions with the tiny island nation, threatening to invade it at any time. In addition to these threats from the Chinese communists, the Congressional leader also took heated criticism from North Korea.

The day after Pelosi arrived in Taipei, North Korea’s foreign ministry said her visit was “imprudent interference” between China and Taiwan. Then, on Monday, August 8, Pyongyang denounced the Speaker’s visit to South Korea. She met with leaders of the democratic country and National Assembly Speaker Kim Jin-pyo to attempt to enhance the relationship between the two countries. She later visited the Korean Demilitarized Zone (DMZ).

For a second time, North Korea criticized Pelosi’s visit to the Asia-Pacific region, defining her as “the worst destroyer of international peace and stability.” https://t.co/QT3c0VPbOU pic.twitter.com/5YS8XlnMMD

The North Korean Foreign Ministry’s press and information affairs department lambasted the trip. Director General Jo Yong Sam said Pelosi was responsible for destroying international peace and stability. He added the US lawmaker had initiated a confrontation with the hermit nation by meeting with leaders from South Korea. He emphasized that Congress’ top elected official created a “hostile policy,” and it would be a mistake to think she would get off scot-free, suggesting the US would pay for the trouble she caused.