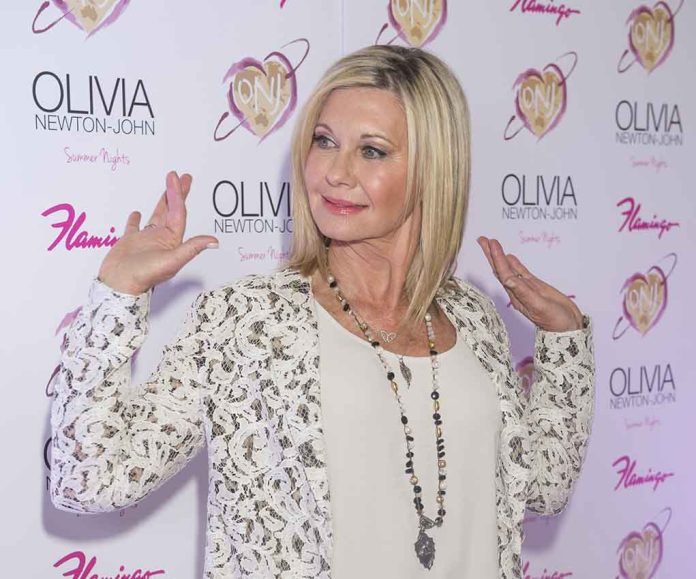 (BrightPress.org) – In the early 1970s, Olivia Newton-John burst into the entertainment world. Born in Cambridge, United Kingdom, and raised in Australia, she became a household name across the world as a singer and actress. On Tuesday, August 9, the beloved singer and actress passed away from a 30-year battle with breast cancer at 73 years old.

Newton-John’s career spanned several decades. She starred in and created music for the films “Magic,” “Twist of Fate,” and alongside John Travolta in the 1978 hit movie “Grease.” The actor released a statement upon hearing of her death, calling his friend’s impact on the world “incredible.”

John Travolta has shared a statement about the passing of his Sandy, Olivia Newton-John https://t.co/SJAdCLqQo0 pic.twitter.com/qfO7NklO4T

In 1981, Newton-John won the Record of the Year at the Grammys for the hit song, “Physical.” Then a decade later, in 1992, the famed artist put her career on hold after doctors diagnosed her with the disease she would go on to fight for three decades. Following the news, she stepped up her fundraising and activist work for breast cancer, founding the “Olivia Newton-John Cancer Wellness and Research Centre.”

After years of remission, the illness reappeared in 2017. In 2020, the singer said living with cancer was a big part of her life and noted that she beat it once and would beat it again. Newton-John stated she had a fantastic life and had no complaints. She is survived by her husband, John Easterling, and daughter Chloe Lattanzi.