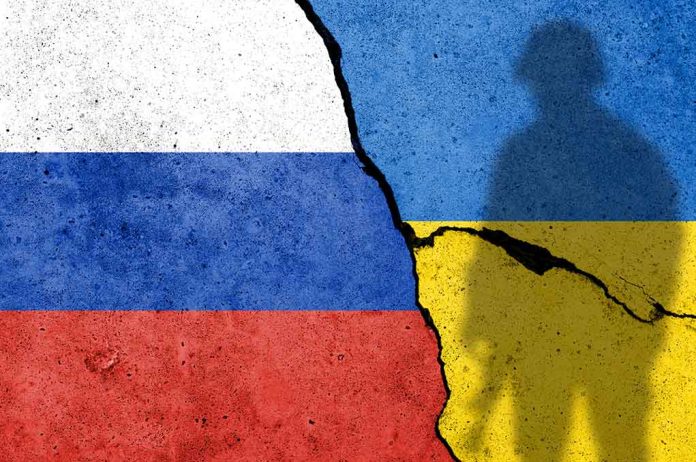 (BrightPress.org) — In comments made on Wednesday to his nation’s human rights organization, Russian President Vladimir Putin acknowledged operational problems for the Russian military in the ongoing invasion of Ukraine, including “soldiers who have deserted their fighting posts.”

Putin argued that soldier desertions were few and said they were not a significant issue. The head of state also asserted that given that a large portion of the population has been fighting the Ukrainian government for eight years and has grown accustomed to war, his regime views the demilitarization of eastern Ukrainian territories in the Donbas region, which are currently under Russian control, as a “lengthy process.”

In advance of December 10th’s International Human Rights Day, Putin commented during a meeting with his Human Rights Council. Putin spent a significant portion of his speech arguing that the Russian Human Rights Council was a legitimate steward of human rights, in contrast to human rights groups in the West, which he called “racist” and held that Russia had “no right to exist.”

Putin’s remarks come as his nation’s invasion of neighboring Ukraine, which started with his proclamation in March 2014 that he had invaded and occupied the Crimean peninsula, is about to enter its ninth year. Russia would use pro-Russian separatist organizations in the Donbas region to fight several Ukrainian presidential administrations in a proxy war throughout the next eight years.

In February of this year, Putin declared a “special operation” to remove Ukrainian President Volodymyr Zelensky, branding his government a “Nazi” one and a threat to Russian national security, turning the proxy conflict into a direct one.

In the meeting on Wednesday, Putin reiterated his accusations against Zelensky, who has expressed extreme outrage at being called a Nazi given his Jewish heritage and his family’s involvement in the war effort against Germany. Putin also stressed the importance of toppling the Ukrainian president’s government. Zelensky’s “Nazis” were “exposed” by the Russian Human Rights Council, which received praise from Putin.

Putin urged members to “continue exposing the crimes of the Nazi dictatorship” that has asserted itself in Ukraine.

The Russian leader also expressed joy that Russia now has a presence near the Sea of Azov, citing Peter the Great’s wishes. At the time of publication, comments about the demobilization of Donbas students were missing from the Kremlin transcript.