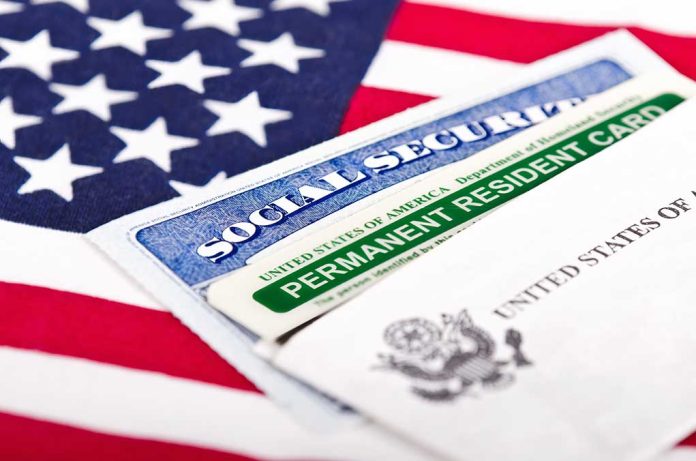 (BrightPress.org) — Davos attendees were given a lecture by Rep. Maria Salazar (R-FL) during a panel on Tuesday, January 17th, where illegal immigration was under discussion in which she advocated for some form of amnesty for illegal immigrants living in America.

Using key terms like “dignity” and emotional appeals regarding “people who speak my language” and “people who look like me” Salazar gave an impassioned plea for a program that would make illegals legal and give them a path to citizenship – a frequent Democrat agenda item.

The current process for immigration in the U.S. is already mired in controversy due to “chain migration” – a process by which a single immigrant can sponsor dozens or hundreds of relatives after they receive their green card.

The famous DREAM act (Development, Relief, and Education for Alien Minors Act) was never passed and languished in congress for over a decade before the Obama administration passed DACA in lieu of a full path to citizenship. These programs were specific for minors who entered the country under the age of 16. It seems that Salazar and others want a completely new policy to legalize everyone who has come over the border in recent years.

Critics are concerned that legalization and naturalization would not only inspire further mass migration into the U.S. from South and Central American countries, but also dilute the labor market driving American wages down across the board.

Salazar joined six other Republicans in the House last year who pushed an amnesty bill that offered illegals a 10-year work visa as long as they were able to pass a background check as well as citizenship for DACA applicants. It was dead on arrival, but it shows there are legislators vying for Klaus Schwab’s favor in congress.

She may call herself a Republican, but Salazar takes money from huge agricultural firms as well as large asset management corporations. It’s clear who’s interests she’s representing with initiatives like this.