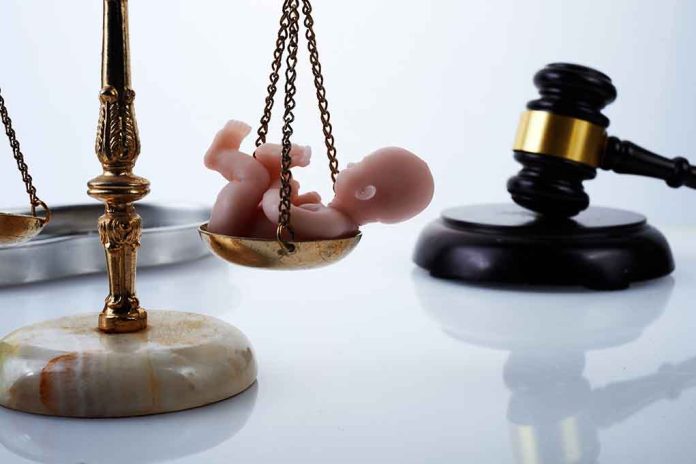 (BrightPress.org) — Republicans passed a new abortion bill in Congress this week. The “Born-Alive Abortion Survivors Protect Act” passed with the help of one Democrat and will legally protect the rights of any child born alive during an abortion procedure. The bill would mandate doctors regard babies born of abortion procedures be treated as any other newborn, and charges could be brought against providers who failed to do so.

Two Democrats broke from their party’s otherwise universal condemnation: Reps Henry Cuellar and Vicente González, both from South Texas, voted for the bill and “present,” respectively. Democrats claimed the bill was redundant, pointing to similar legislation from 2002 while arguing it was part of a larger agenda.

Calling it “a march toward criminalizing abortion care” House Minority Leader Hakeem Jeffries (D-NY) lamented the bill on the floor of the House. Rep. Jerry Nadler (D-NY) echoed his sentiments, calling it “another step” in Republican plans “to eliminate abortion nationwide.”

Rep. Kat Cammack (R-FL) said that there were 8 babies born alive in her home state of Florida in 2022 during her speech on the House floor. She relayed the story of one 23-week baby boy that was born alive during an abortion, how the doctor cut the umbilical cord and then suffocated the infant by putting him in a sealed plastic biohazard bag where he died.

Cammack made an impassioned plea to protect children, put partisan politics aside, and give unwanted children a fighting chance.

Detractors claimed the bill was similar to the Born-Alive Infants Protection Act of 2002 though that bill fails to provide criminal or civil punishments for violators. This new bill would make both criminal and civil suits possible.

The bill was a part of Speaker McCarthy’s seven-bill plan and demonstrates a shift in Republican rhetoric regarding abortion away from hardline stances which are unpopular with voters. Last year saw the overturning of the historical Roe v Wade abortion precedent, kicking the responsibility for regulating the practice back to the states, per the 10th amendment. It’s hard to argue for killing babies born alive, yet some Democrats seem to have done that anyway.