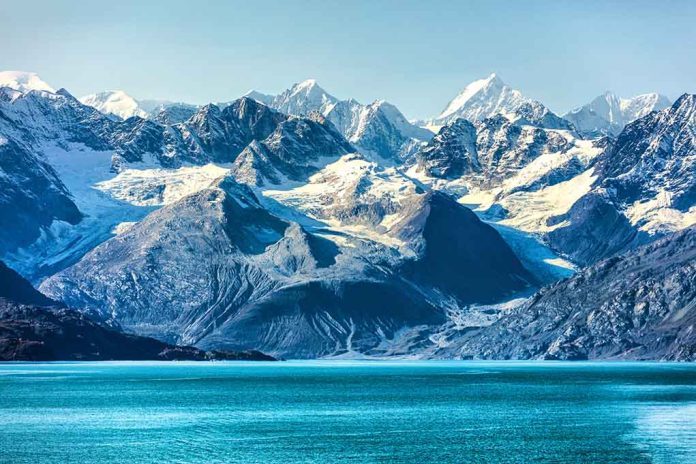 (BrightPress.org) – Ahead of and since Russian President Vladimir Putin’s invasion of Ukraine, he has rationalized that the country was once a part of the country’s long and storied history. In 1867, the United States purchased Alaska from the nation for $7.2 million. Recently, an official of Russia warned that the country could try to reclaim Alaska.

One day after a Russian official suggested they could "take back" the state, multiple billboards spotted in Krasnoyarsk, Russia, proclaimed, "Alaska Is Ours!" https://t.co/Zsxv5Wf92y

On Wednesday, July 6, The Moscow Times reported that Duma Speaker Vyacheslav Volodin made an alarming statement, arguing reclaiming Alaska would be payback for the US sanctions on Russia. Soon after, billboards popped up saying, “Alaska is Ours!” around Krasnoyarsk, a city in Siberia. Restaurant owner Vladimir Vladimirov noted several billboards showed up across the city promoting the message.

So, where did the signs come from? The owner of a local company named “Alaska” bought and placed the billboards. A spokesperson for the business said its director was highly patriotic. Still, not everyone in the Siberian town agreed with the sentiment behind the message, even if it was just a play on words.

Alaska Gov. Mike Dunleavy (R) tweeted that he wished Russia good luck in trying to reclaim the state. The adversarial government has not responded to the billboards or media inquiries suggesting it could try to retake Alaska forcibly. If they attempted such a move, the US would likely meet it with immediate military escalation and a full-blown war. While the message may be good propaganda inside Russia, the Kremlin knows the United States military is on a different level than Ukraine’s.