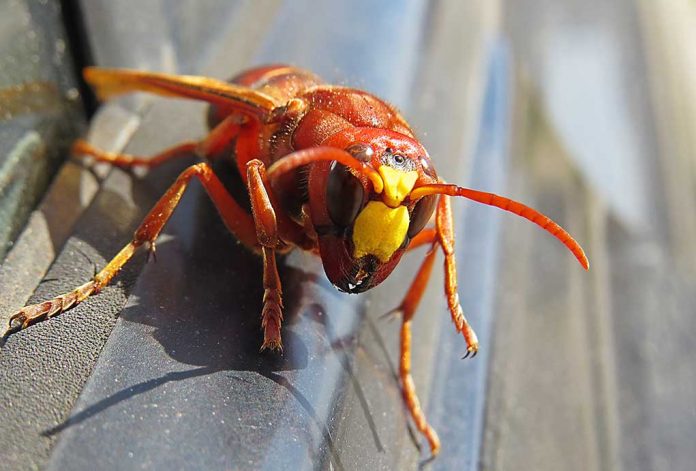 (BrightPress.org) – Murder Hornets are rare in the United States but are becoming more numerous, especially in Washington state, where scientists discovered the massive bug in 2019. The world’s largest hornet, which measures two inches long, thrives in moist, rainy, mild regions, limiting much of its reach to the northwest. While the massive bug isn’t generally a threat to people, it earned its namesake because it kills approximately 50 people in Japan every year. In Northwestern Washington, officials say they destroyed a second nest of the Asian giant hornets and are preparing to kill a third.

The invasive species isn’t native to the United States. It’s a predator to other insects, including honeybees, which humans depend on to pollinate crops. Murder hornets can infiltrate a honeybee hive and kill all the inhabitants in just a few hours. They decapitate the bees in what’s called their “slaughter phase.”

Scientists know very little about Asian giant hornets and how they spread. Researchers are trying to learn how, when and where the huge bug migrates. There’s concern that the bug could reach the East Coast, but the move would be impossible to do on their own due to different climates across the United States. In addition, experts studying the insect hope to eradicate them before they become a severe problem to bees, crops and the food supply chain.