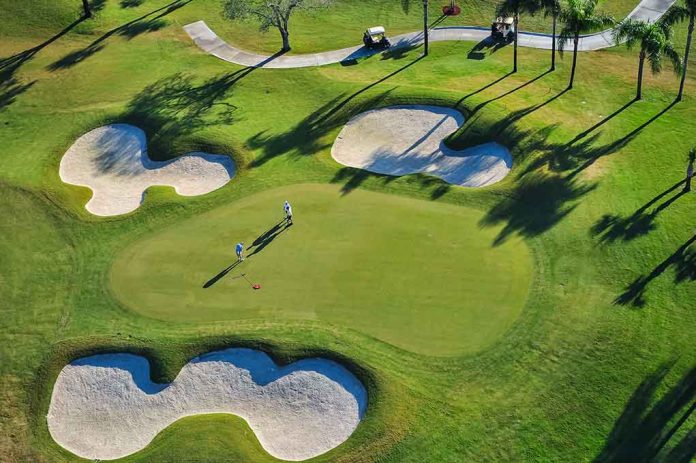 Tiger Woods Pulls Out of Event Due to Foot Injury

(BrightPress.org) – Golf icon Tiger Woods has hosted the Hero World Challenge every year since its inception in 2000. The tournament is a small affair, with only 20 elite players meeting strict qualification standards. Unfortunately, Woods had to bail on the 2022 match in Albany, Bahamas.

On November 28, Woods announced on Twitter that he had no choice but to skip the Hero World Challenge, which serves to benefit his own charitable foundation, due to a foot injury. The legendary linksman will sit this one out and instead focus on his hosting responsibilities. Woods also stated that he still plans to compete in The Match and the PNC Championship.

The injury, plantar fasciitis, makes it difficult to walk, according to the statement. While Woods has the option to use a golf cart for The Match and the PNC Championships, the same isn’t true of the hero World Challenge — no carts are allowed.

The injury is nothing new for the struggling golfer, who, currently sitting at 1,277th in the World Rankings, is no longer the fearsome figure who dominated fairways and greens for two decades. So far in 2022, Woods has only appeared in three tournaments, and he only finished one. With a total of nine rounds played, he finished 47th at the Masters, missed the cut at the British Open, and pulled out after the third round at the PGA Championships.