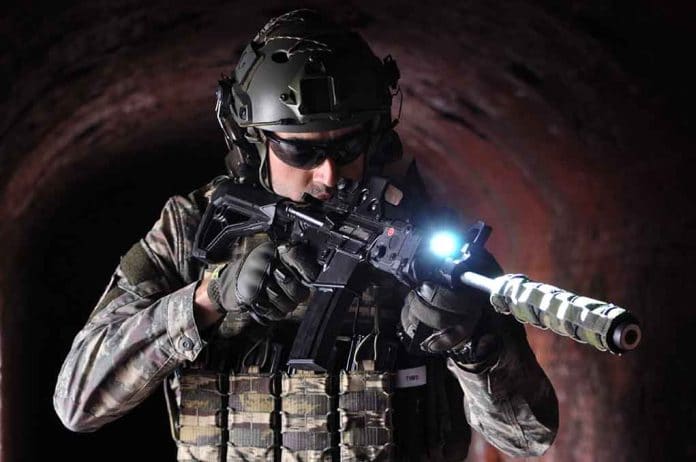 (BrightPress.org) – For the last 65 years, US troops in the infantry, scouts, and combat engineering have used the M4 and M16 weapons. The rifles accurately fire a 5.56 mm round at maximum distances of between 800 and 1,100 meters under the guidance of the military’s best marksmen. Military experts say the US’ is being outgunned by comparable weapons in the arsenals of the Chinese and Russian armies. Our adversaries carry much larger 7.62 mm weapons which are accurate up to 1,000 meters. That is set to change.

In April, the US Army announced the Sig Saucer MCX SPEARER would replace the aging M4s and M16s the military has been using for decades. The new weapons use 6.88mm cartridges and will be available to soldiers in both rifle and automatic rifle forms.

US Army awards Next Generation Squad Weapon contract, The XM5 Rifle will replace the M4/M4A1 carbine within the close combat force, and the XM250 Automatic Rifle is the planned replacement for the M249 Squad Automatic Weapon https://t.co/hKoR0s2a0e pic.twitter.com/Mfv3OyfxBe

The Army says that everyone in a unit, not just sharpshooters, will be able to shoot fewer rounds of bullets that will travel farther, more accurately, and deliver more devastation on a target than is currently possible with the M4 and M16 rifles. The new guns look similar to the current ones.

The weapons will be designated M5 and M250, and the first unit will receive them sometime before October 2023. Sig Sauer received a 10-year contract with the Pentagon to produce the new guns. The initial order is worth $20.4 million.