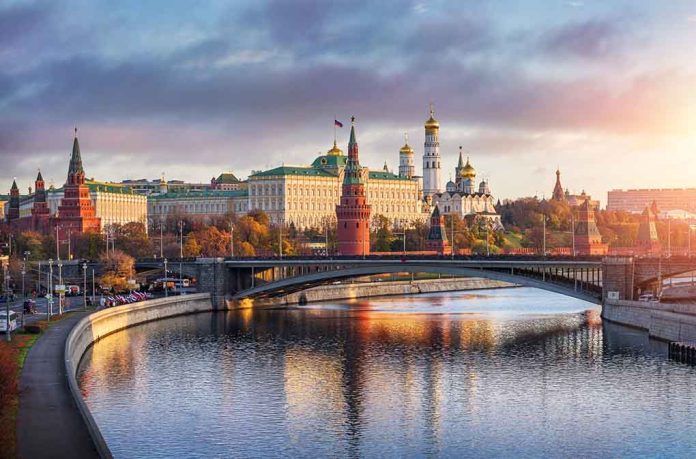 (BrightPress.org) – The Invasion of Ukraine isn’t going as planned. Russian President Vladimir Putin initially gained a lot of territories but things have taken a turn. The Ukrainians, with aid from the west, fought back, retook a huge swath of territory, and depleted enemy troops. The Russian leader responded by calling on a partial mobilization of his reserve forces which caused the US to issue a warning.

On September 27, the US Embassy in Moscow released a security alert urging American citizens to leave the country. Officials worry that the Russian conscription of 300,000 soldiers could include people with dual citizenship. The statement warns that Putin’s government may not recognize their US citizenship and force them into service.

The embassy also advises Americans not to participate in anti-war protests or the filming of any such event, as freedom of speech and the press don’t exist. Protestors risk being jailed without access to US consular services.

Tens of thousands of Russians a currently trying to get out of the country before their president drags them into the bloody war. The alert stresses that while the embassy urges all United States citizens to leave, it will be virtually powerless to help. With airlines filling up and few options there available, people fleeing will likely need to find ground transportation for their escape.