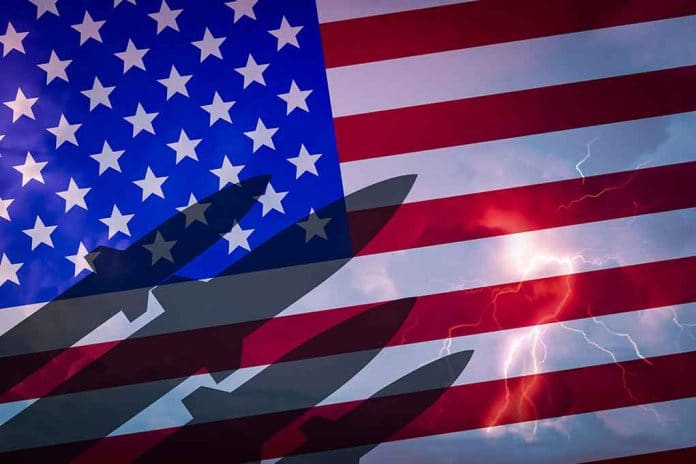 (BrightPress.org) – Over the last year, China, Russia, and North Korea have all successfully tested hypersonic missiles. Some questioned why US adversaries were developing these deadly high-speed nuclear-capable missiles, but the American military wasn’t. However, it appears the Air Force and Defense Advanced Research Projects Agency (DARPA) were working on a hypersonic missile all along.

According to a CNN report, the military successfully fired a Hypersonic Air-Breathing Weapon Concept (HAWC) missile made by Lockheed Martin from a high-altitude B-52 bomber just off the West Coast. Officials told the network that the missile flew above 65,000 feet at over 5 times the speed of sound (Mach 5). It flew a distance of 300 miles in less than 5 minutes. DARPA said the test launch passed all its primary objectives but did not elaborate.

The launch was America’s second successful test of a hypersonic missile. In September 2021, the military tested a Raytheon-made HAWC.

Pentagon correspondent @barbarastarrcnn reports the US secretly tested a hypersonic missile in mid-March, explaining to @JohnKingCNN why the Pentagon held off on publicizing the missile test until now. pic.twitter.com/dnkznOM9yz

Pentagon officials reportedly told Defense News they were holding back the announcement of the test to avoid provoking Russian President Vladimir Putin. The official said the test took place shortly after reports indicated Russia used a hypersonic missile against Ukraine.

Hypersonic missiles travel at breakneck speeds and are highly maneuverable making it harder for missile defense systems to stop the weapon. Like the old days of the Cold War, America is expected to build up a significant stockpile of hypersonic missiles in the future to use as conventional or nuclear-capable missiles.