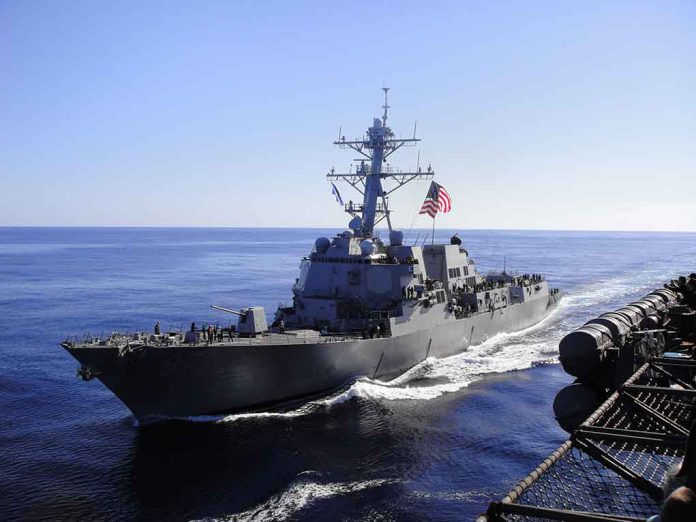 (BrightPress.org) – The military has refused to consider religious exemptions in the wake of President Joe Biden’s order mandating all military personnel receive a COVID-19 vaccination. Over 60 service members sued the Department of Defense (DoD), arguing the government violated their First Amendment rights and refused to uphold their sincere religious beliefs.

In February, a federal judge banned the Navy from taking punitive action against a commander of a Navy warship. In turn, the Navy allegedly retaliated by refusing to deploy the ship, citing a breakdown in chain-of-command.

This is exactly why I’m calling for a full audit of the DOD’s process for reviewing religious accommodations—despite 19,979 known requests for religious exemptions for the COVID vaccine—they have granted hardly any. https://t.co/EOcm2tjXId

The case raises questions about military order and discipline versus the legal rights of servicemembers. The government contends military brass lost confidence in the commander after he initially refused to get tested for COVID-19 after experiencing symptoms, exposing dozens of subordinates. After the commander’s superior officer ordered him to test, the ship’s CO tested positive for COVID-19.

As a result of the judge’s ruling and loss of faith by the chain of command, the Navy effectively placed a multi-billion-dollar guided-missile cruiser out of commission. Some saw the Navy’s action as an act of retaliation. Despite the Navy saying they lost confidence in the ship’s commander, they sent the CO and his crew to sea for a two-week training exercise. The ship returned to port on March 4. A legal filing by a religious freedom non-profit group representing the commander said if the Navy was injured, the harm was deliberately self-inflicted.

The Navy argued the commander had a personal objection to a lawful order to vaccinate. The officer said he had a religious right to exemption. So far, the courts aren’t siding with the Navy.

Stay tuned for more on this evolving story.