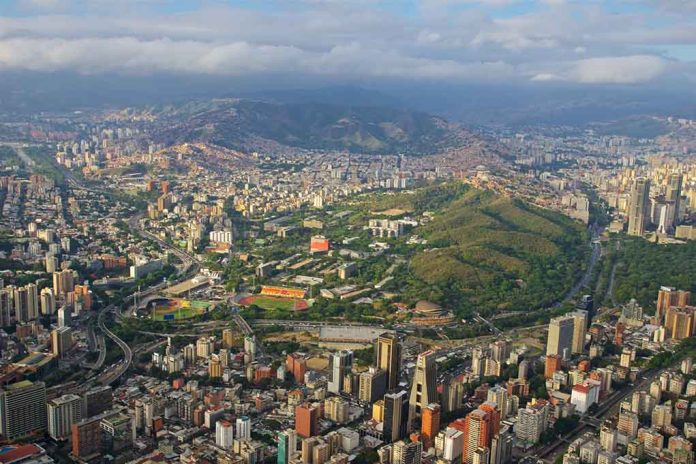 Caravan Of Criminals Barrels Towards U.S. – And It’s Worse Than You Think

(BrightPress.org) – America has experienced a boom in illegal immigration since January 2021. According to the US Customs and Border Protection (CBP), nearly 1.95 million migrants crossed the southern border unlawfully between October 2021 through July 2022. When the government’s fiscal year ends on September 30, immigration experts project the total will have increased to over 2 million people.

Some of the migrants coming to the US could be criminals. Making matters worse, a new report indicates that Venezuelan criminals could be heading to the United States.

On Sunday, September 18, a Breitbart exclusive reported detailing a Department of Homeland Security (DHS) intelligence statement that was delivered to CBP. The news outlet reviewed the document. It stated that Venezuelan President Nicolás Maduro Moros was releasing prisoners with violent backgrounds from prison. There was evidence that some of those immigrants were traveling to the US.

The report stated that as recently as July, intelligence agencies determined violent criminals were spotted among migrant caravans in Tapachula, Mexico, as they headed for the US-Mexico border. A source told the website the move was eerily similar to the 1980s when Cuban communist leader Fidel Castro allowed Cuban prisoners to sail to the US during a mass migration out of the country known as the Mariel boat lift.

Some of the alleged freed convicts were reportedly convicted of murder, rape, and extortion. The report by intelligence agencies didn’t state if those convicts allegedly released by the socialist government were traveling together.

The report stated the document doesn’t say if the move was an intentional geopolitical move designed to harm US national security. It appears those who analyzed the report believe there is information missing. It’s possible that Venezuela’s spy agency may have played a role in the release of the wrongdoers.

CBP May Have Impossible Task

The source said that it might be next to impossible for CBP agents to identify the criminals among those seeking asylum. Thousands of Venezuelans are appearing at the border daily, and the news outlet said most are released into the United States. The source told the news agency that criminal databases in Venezuela are hard to access in America due to our lack of diplomatic ties with the socialist nation.

The report stated the only way to know if someone was a criminal or not was for them to admit it to US officials once in their care. Otherwise, it’s a guessing game, and most, if not all, of them, will be released into the country. Still, intelligence analysts didn’t report if they knew the final destination of the individuals in question.

According to research, CBP agents encountered 130,000 migrants from Venezuela from October through July. In fiscal year 2020, there were fewer than 5,000 people. The mass influx of migrants to America recently provoked a strong response from Florida Gov. Ron DeSantis (R). He recently ordered the transport of a group of about 50 mostly-Venezuelan asylum seekers to Martha’s Vineyard as part of an effort to force President Joe Biden’s administration to address the issue.