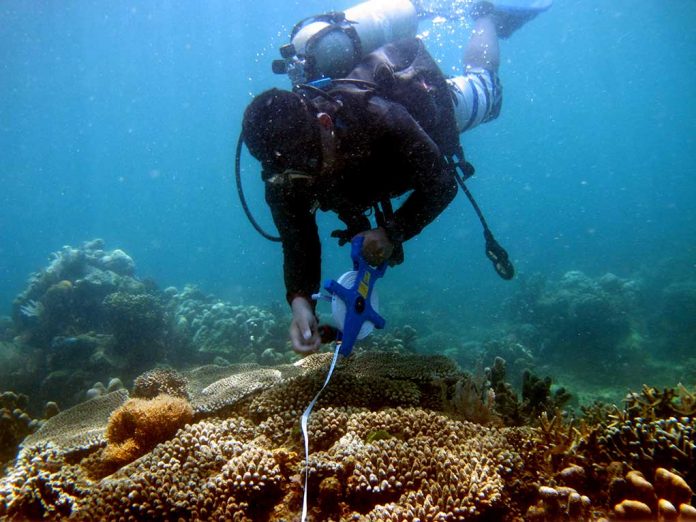 (BrightPress.org) – Researchers sometimes make the oddest and most unique discoveries. For example, one scientist studying the ocean observed SpongeBob SquarePants and his buddy Patrick the starfish. Christopher Mah made the stunning find of a bright yellow sponge and a pink starfish nearly side by side as if they were preparing for a cartoon adventure. If only it were that innocent.

Mah is an expert on starfish. The scientist said the two sea creatures are unfortunately not good friends. Starfish love to eat sponges, and this one was likely to become a scrumptious meal. He revealed that a plausible reason for the bright yellow color of the sponge was self-defense.

Real life Sponge Bob and Patrick revive the question of does art imitate life or does life imitate art. https://t.co/ibRPq4x9k2

Scientists were on an expedition approximately 200 miles off the US Atlantic coast when the researcher found the cartoonish characters. Mah said that while there are no accurate comparisons between real sponges and SpongeBob, he hoped the excitement brings more awareness to sponges, starfish and their habitats, which mining and fishing are threatening. He noted that the depths the animals live at could be over 6,500 feet deep, and many people never get to see the amazing creatures.

Scientists are learning more about the unknown and very misunderstood deep-water areas off of the eastern US seaboard. The team was mapping the seafloor, learning about deep-sea sponge communities, fish habitats and the ecosystems of underwater mountains, when they spotted the two creatures.

Who knows what they’ll find next?