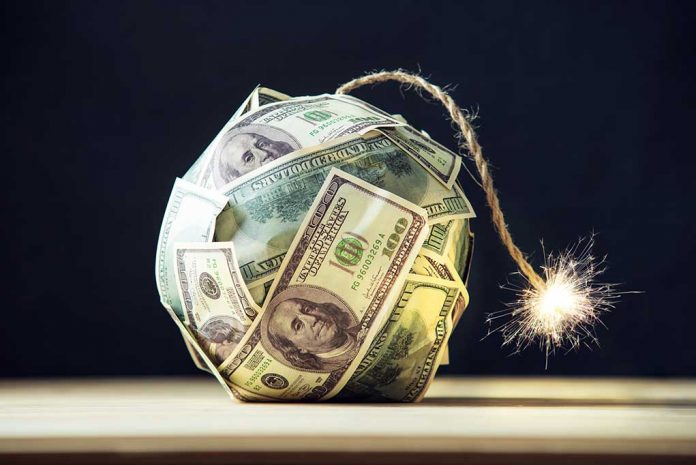 (BrightPress.org) – It’s no secret the US government’s deficit is exploding at levels not seen since World War II. Government spending is the highest it’s ever been during a peacetime era. In 2020, the government spent approximately $5 trillion combating the COVID-19 pandemic and trying to keep the economy from completely collapsing. In March, Democrats passed a $1.9 trillion stimulus package, and they propose to spend trillions more on infrastructure initiatives.

As the end of August approaches, Congress should be focusing on the debt ceiling expiring on August 31. In June, Treasury Secretary Janet Yellen cautioned if Congress didn’t raise the debt ceiling, it “would cause irreparable harm to the U.S. economy and the livelihoods of all Americans.” The federal government could run out of money by October if Congress doesn’t raise it.

Yet, instead of focusing on solving that problem, Democrats intend to jam a $3.5 trillion “human” infrastructure plan down America’s throat. Despite the warnings, financial reporting agencies refuse to move the needle on America’s credit rating, and some wonder why.

Many credit reporting agencies decline to adjust the US’s credit score despite warnings from Congress that it could fail to raise the federal debt ceiling, causing a default on national financial obligations. Republicans are using the debt ceiling issue to protest Democrats’ efforts to spend upwards of $3.5 trillion on a reconciliation bill to expand government influence in social programs, education, healthcare, climate change, and more.

On August 10, 46 Senate Republicans pledged to abstain from raising the debt ceiling and indirectly support the Democrat’s wild spending proposals. So far, Democrats have not included the debt ceiling in their go-it-alone bill, which they could easily do if the party gets on the same page and passes a reconciliation bill. At this point, that option seems highly unlikely as Moderate Senate and House Democrats are threatening the bill’s prospects.

Alternatively, a continuing resolution could include a proposal to raise the debt ceiling, but as long as Republicans stay united against the increased spending, there’s no guarantee such a measure would pass, either.

In the meantime, with the threat of default looming, the credit agencies appear to approve of Biden’s plan despite its enormous price tag and massive explosion in the deficit. The International Monetary Fund (IMF) estimates the US debt to GDP ratio to be 109% in 2021. That’s more than double the second-highest, Germany at 52%.

So, is there some fuzzy math going on?

Let’s look… In September 2020, Moody’s Analytics projected the US GDP would expand by 7.7% in 2022 if Democrats were in charge compared to 3.8% if Donald Trump and Republicans controlled the government. In January, Moody’s projected the Democrat’s go-it-alone American Rescue Act (aka COVID stimulus) would add 7.5 million jobs in 2021. Finally, the analytics company said the two-track infrastructure deals would add $53 billion to the deficit over ten years. That’s significantly lower than the Congressional Budget Office’s estimate of $256 billion.

Moody’s Analytics also stated the concerns regarding inflation overheating the economy are “overdone.”