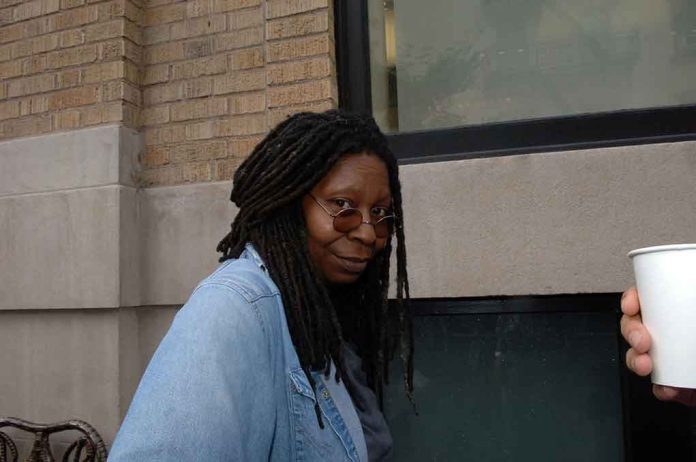 (BrightPress.org) – For the second time this year, “The View” co-host Whoopi Goldberg is taking a leave from ABC’s daytime talk show. In February, the network suspended Goldberg for two weeks after she said the Holocaust wasn’t about race. This time, her absence isn’t over a disciplinary measure. Instead, she’s filming a new Amazon movie.

On Monday, April 11, “The View” co-host Joy Behar announced that Goldberg would start shooting an upcoming Amazon series based on Neil Gaiman’s 2005 fantasy novel titled “Anansi Boys.” The six-part series has already started shooting in Scotland. Goldberg is playing the Bird Woman, whom Gaiman said he envisioned the actress playing years ago.

Whoopi Goldberg will be absent from 'The View' while she films Neil Gaiman's new Amazon series, 'Anansi Boys.' https://t.co/22ueXKPPqW

The Bird Woman is a villain who seeks revenge on the story’s main character for wronging her in the past. In a press release, Goldberg said she had been a fan of the book for a long time. When Gaiman said it was about to become a series, the actress said she would do anything possible to be a part of the production and bring awareness to the book. For his part, the author said Goldberg would be scary in this role.

The View didn’t announce how long Goldberg will be away from the daily talk show while she’s filming “Anansi Boys.”